Mr. Sunil Kaul greets every guest with a warm handshake, welcoming each person to Leica’s refurbished store at Raffles Hotel Arcade, which has been revamped in tandem with the major overhaul the historic hotel and its retail premises. Eager to get back in business, the 169-year-old German camera company is the first tenant to reopen in December 2018.

It’s a special moment for the Managing Director of Leica Camera Asia Pacific, who was instrumental in establishing this boutique – Leica’s first in Southeast Asia – nine years ago. Back then, Leica cameras were being sold through dealers and it was not the right distribution strategy for the premium manufacturer of handcrafted cameras, lenses and sport optic tools.

“Many were just milking the cow and not adding any valuable contributions to the brand,” he tells me when we meet again a few days later. “They were just financially focused, wanting to earn their margins without really understanding the customer. So I had to assume the role of ‘The Terminator’,” he shares candidly, recalling the business landscape when he first joined Leica, and the culling of dealerships that ensued.

Mr. Kaul’s 12-year journey with the brand began at the Leica headquarters in Germany, when he was appointed Area Sales Manager for the Asia Pacific in 2007. An initial four-month secondment “to understand the DNA of the brand” turned into a year due to a management change, which empowered him with a deeper understanding of how to restructure the Singapore business and set the stage for expansion.

He returned to Singapore to head a team of “one-and-a-half” – just himself and an assistant, working from a small office in Jurong. 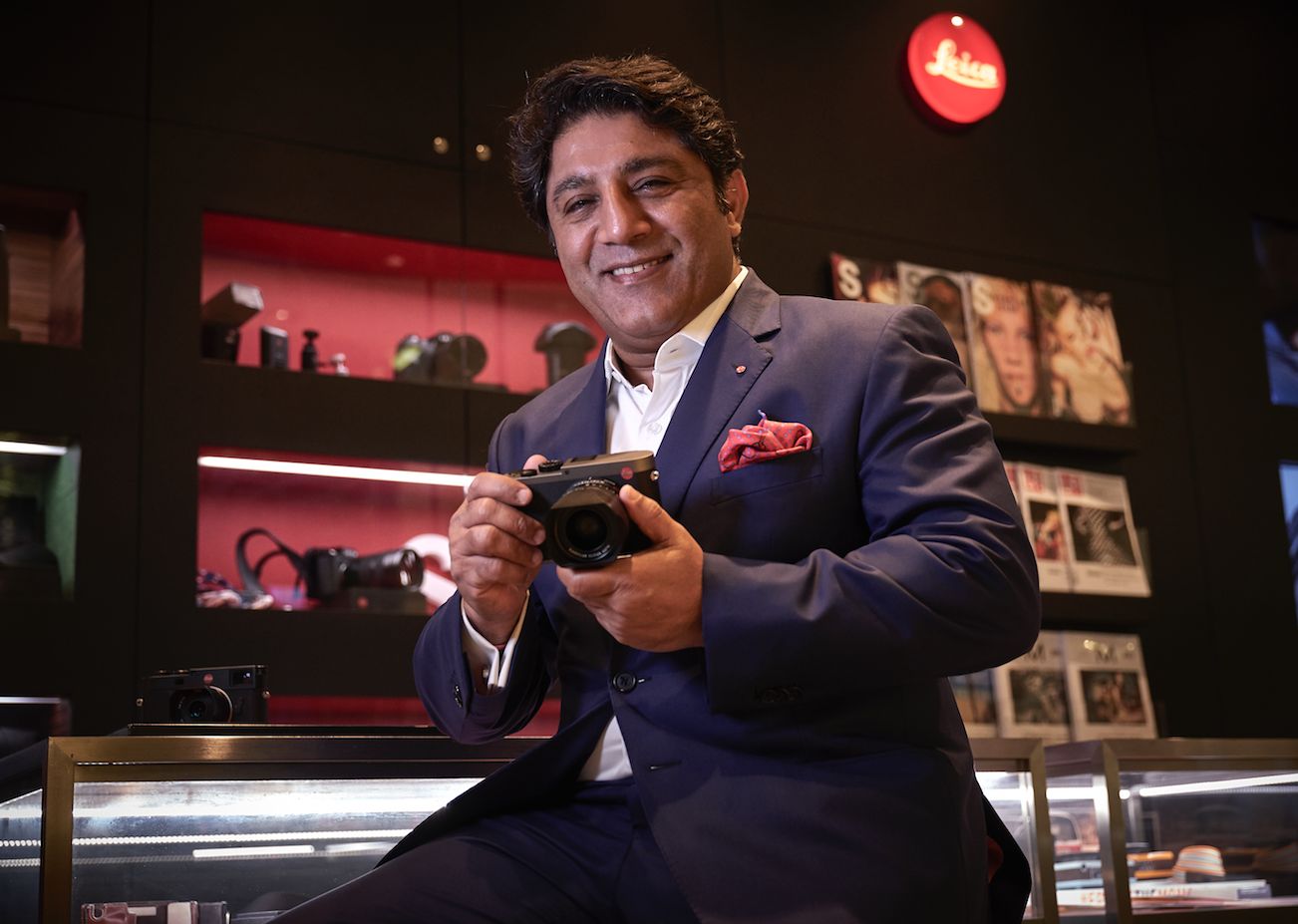 “Product management used to ask for input regarding the product roadmap but as we weren’t engaging with the customers directly, we had limited knowledge and were therefore not able to provide valuable conversations,” he says. “So the first step was to really understand the type of products we should be making for the customer – not make products in Germany and then identify customers to sell them to. We needed to have the right strategy to reach the customer so I made a lot of changes in those years.”

Mr. Kaul then began shifting the business model from a very distributor-oriented business to creating a retail environment for Leica to get to know its customers better and understand “what they want and why they buy, and then design products catered to their needs.”

The Art of the Photograph

Through new retail touchpoints, customers could immerse themselves in the full Leica experience.

“We have the Leica Gallery and Leica Academy: The first is where we inspire people and share beautiful works of art, and the other is where we engage with people and show them how to use these tools to create magical pictures. And the day you understand the difference between taking a picture and making a picture, you will automatically come to my store,” Mr. Kaul believes.

Expounding further, he says: “The camera business is still very product-centric for many of the Japanese and Korean (camera) companies. They’re more commodity-driven and more feature- and specification-driven, whereas we’ve always emphasized the quality of picture. We want you to have the best quality picture and we work backwards from there.

“Our philosophy is that Leica is a tool, and a tool has to work according to your needs. We have a motto of ‘Focusing on the essentials’ so only the essential elements you need in photography are in the camera.”

Eschewing superfluous functions and overcomplicated menus while being discreet, compact, fast and remarkably quiet has put Leica in the frontline of photojournalism, garnering the brand a cult following among renowned photojournalists such as Mr. Thomas Hoepker. The award-winning German lensman was also present at the boutique’s reopening, in conjunction with the launch of his ‘Wanderlust’ exhibition featuring portraits of boxing legend Muhammad Ali and cultural iconoclast Andy Warhol among other seminal works.

Regarded as an ‘invisible camera’ far less intrusive than its DSLR counterparts, Leica cameras use only prime lenses (no telephoto lenses) – qualities that also make its rangefinder cameras a popular choice for street photography.

One could not speak as passionately about the photography business without having a keen interest in the craft himself and indeed, Mr. Kaul enjoys taking his Leica to the streets of India.

The Singapore citizen, who has lived here for two decades, hails from a small Indian village and likes returning to such underdeveloped areas to capture the “emotional portraiture of people” before these places get fully urbanized.

“Digitalization is constantly changing the environment so I like to go back to these villages. I’m fearless when it comes to shooting people. I often ask for permission but there are many times I don’t as well. So there is a risk, but to each his own. There are photographers who like to observe and shoot, and there are those who like to communicate and shoot. I like to communicate and shoot so I can attach a story to every picture that I’ve taken,” he muses.

Mr. Kaul is as unassuming as they come; a soft-spoken but charismatic business leader who wields influence through his genteel personality.

It is, perhaps, the perfect balance to the stolid quality often associated with the Germanic culture known for its exceptional levels of discipline and structure, enabling the country to outclass all others in the field of precision engineering.

Mr. Kaul’s career began with premium German automotive manufacturers Mercedes-Benz, and later Audi. He was responsible for opening Audi’s Asia Pacific office, which brought him to Singapore in 1997.

“I learned a lot from the Germans,” he says. “I learned to do my job in a very structured format; very clear and precise in my communication to my team members, while maintaining that friendly, more emotional side of being Asian. I think that balance is really important.”

He adds: “I’ve been fortunate to work for companies that manufacture the top end of products in the world. Being a German – ‘Made in Germany’ – company, everything is solid, and our return rates are below one per cent at Leica. Our loyalty rates are approximately 75 per cent. I’ve also learned how to manage a very discreet, high-end customer base, which is a common thread between the motor companies and Leica.”

Today, Mr. Kaul leads a team of 19 in the wholesale division, and another 12 on the retail floor plus part-timers. “I’m very proud of the team today and we are adding talented people to our team every year,” he says.

Growth has been ‘exponential’, at a compound annual growth rate (CAGR) of 20 per cent over the past five years. “Not only in top-line but also in bottom-line.”

Future growth, Mr. Kaul anticipates, will come from continuing to build relationships with customers: “Through our engagement programs, inspirational activities and marketing initiatives such as showcasing the work of legendary artists from overseas at the Leica Gallery for people to see how Leica is a tool for photographers and be able to understand why they need it. And to also see why Leica is such a beautiful, legendary and iconic brand.”