Lee Broom's "Divine Inspiration" collection are more than just lights — they're sculptural, artistic creations that add majesty to the space they're in.

Lee Broom, the renowned British lighting, furniture, and interior designer, recently unveiled a series of six lighting collections at this year’s Salone del Mobile in Milan. Collectively launched as "Divine Inspiration", the range marks the brand’s 15th anniversary and is also the first lighting release for the designer in four years.

Known for his theatrical installations, the sculptural lights were installed in a large, imposing gallery, taking guests on an experiential journey inspired by places of worship. Here, the role of light was explored, particularly in hallowed places, which evoke a sense of stillness, reverence, and contemplation. The pieces, with their ethereal glow and forms, are inspired by Brutalist architecture and pared back silhouettes associated with Modernism. They are made from a variety of materials, which include a limited-edition collection in white plaster that is hand crafted by Broom himself.

A standout range is Requiem — limited-edition pieces personally sculpted by Broom, which are inspired by marble drapery typically found on ancient statues and sepulchral sculptures. Each piece, while weightless and fluid in appearance, is actually solid and made by hand-draping fabrics dipped in plaster through and around illuminated rings, tubes, or spheres. After that, the forms are sculpted into shape and set until solid. What results is fragile drapery that appears to capture a floating light source.

In line with the brand's 15th anniversary, the designer will hand-make only 15 of each of the four limited-edition Requiem designs. Then there's the Vesper range, which takes its design inspiration from the simple geometric lines of Brutalist sculpture and modernist cathedral lighting. It explores the delicate balance and interconnection of its rectangular cubes that are joined together — as if like a puzzle — by illuminated spheres. The light sculpture, formed with extruded aluminum and suspended by cables, is shown in both duo and quattro versions in anodized silver and brushed gold. 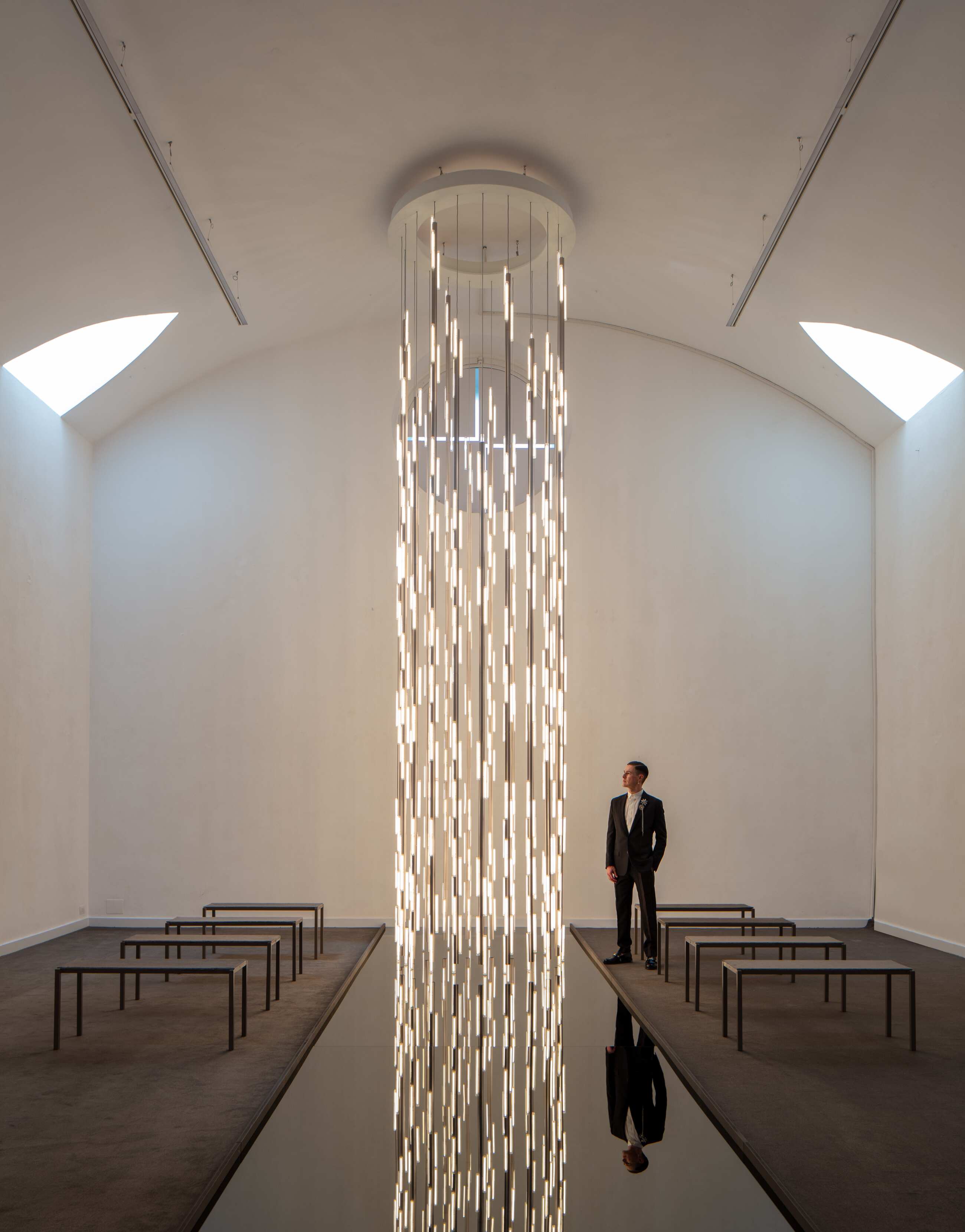 Finally, Hail references the shards of light and shadow from lancet windows in vast church arches. When positioned over a reflective surface like water or a mirror, it becomes more than just a light source — it transforms into an arresting light sculpture that creates infinite reflections.

Available in three sizes in a gold or silver finish, Hail has an elongated fluted form that's made from aluminium with asymmetrically positioned reeded glass lightbulbs. 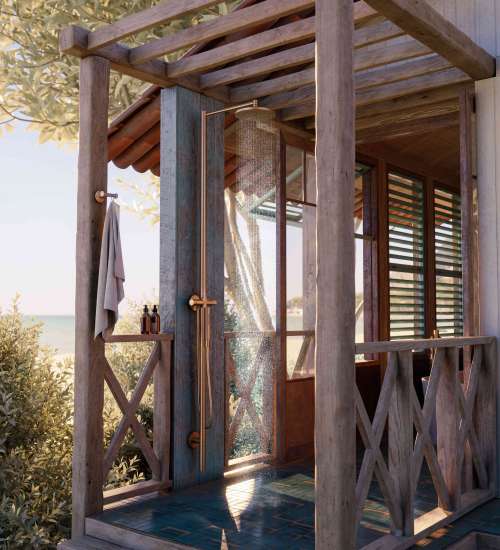 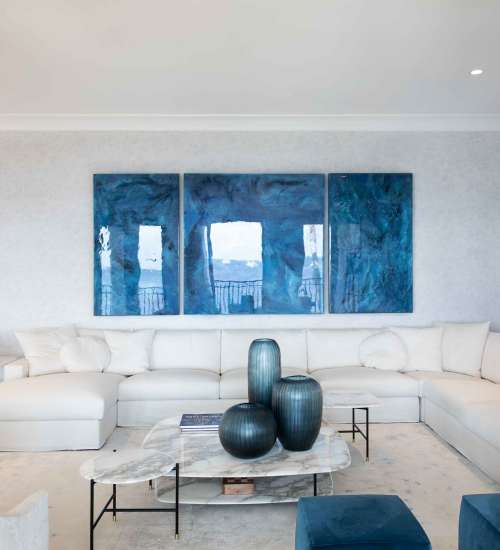 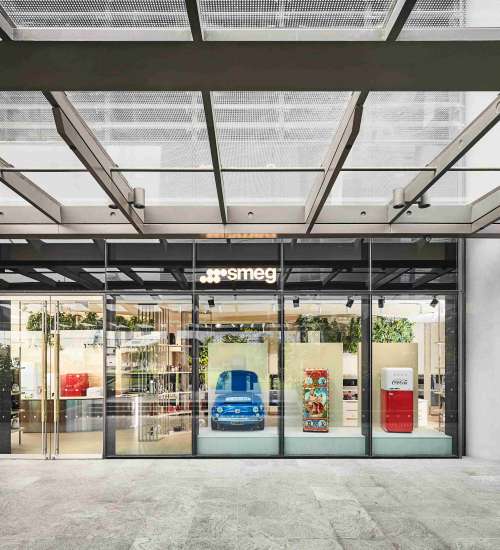