Jin Young Ko saved her best until last at Sentosa Golf Club to win the HSBC Women’s World Championship by a two-shot margin over Minjee Lee and In Gee Chun. Once again, the championship went down to the wire, with the World No.1 tied with fellow South Korean Jeongeun Lee6 at 16-under par as they headed to the 18th. Ice-cool under pressure, Ko birdied the last to close for 6-under par 66 and 17-under on aggregate.

With Lee6 finding a bunker on her second shot followed by the rough to the edge of the green, Ko knew she had done enough to add one of the most prestigious trophies in Asia to her tally of 12 LPGA Tour wins.

In her first tournament of the year, Ko extended her win percentage, notching up an incredible sixth win from her last 10 tournaments. In an all-time LPGA record, it was also her 15th consecutive score in the 60s.

Ko said: “I’m so happy. I feel amazing right now. It’s tough playing with two Korean players. They are amazing players. We are still close friends. It’s always hard to be playing in the last group, the last round with the Korean players. But yeah, just happy.”

Minjee Lee of Australia celebrates with her caddie on the eighteenth green during the Final Round of the HSBC Women’s World Championship at Sentosa Golf Club on March 06, 2022 in Singapore. (Photo by Andrew Redington/Getty Images)

Minjee Lee played herself right into contention in round four, shooting the low score of the tournament, a 9-under par 63 to propel her up the leaderboard. With a haul of seven birdies on the back nine, the Perth-based player continued her impressive showing at the championship.

Lee said: “I hit it really well today. I had a lot of really close looks at birdies. And although I made two bogeys, I had 11 birdies. So don’t think I can really complain.” Speaking about the return of a limited number of spectators to the course, Lee added: “I think everybody’s itching to get out. Just having some support out on the golf course and around the 18th. I think it is really nice.”

In Gee Chun of South Korea plays her second shot on the fifth fairway during the final round of the HSBC Women’s World Championship at Sentosa Golf Club on March 06, 2022 in Singapore. (Photo by Yong Teck Lim/Getty Images)

Overnight leader In Gee Chun wasn’t able to repeat the form she showed on Saturday to challenge for the title, having to settle for 3-under par 69. The South Korean said: “It was a tough game for me during this week because I had a spasm in my neck. I’m not happy, but still I’m proud I made the top two because I tried my best. But Jin Young made some really good shots and good putts. She showed me why she’s the No.1. I was really happy to play with the world’s best players like Jin Young and Jeongeun today.

“I really like Singapore, it’s one of my favorite countries and I love to play at Sentosa. The greenkeepers did a great job!”

Thai teenager Atthaya Thitikul got off to a storming start, making five birdies on the front nine to open up a one-shot lead over the chasing pack. But luck was against her after the turn as birdie putts refused to drop. A dropped shot on the par-3 17th put paid to her efforts but the prodigious talent will take heart from what has been an outstanding performance over four days in her rookie year on tour.

Tied in fourth place alongside Lee6, at 14-under par, Thitikul said: “Well, I would say this week is pretty great. As I said all along, it’s not my A game but I would say it’s good enough for me having changed equipment, started on the LPGA Tour, and then everyone has an eye on me, pressure is on me. But, all good for this week. Good enough.

“It always feels amazing to be back here in Singapore. I feel like home. All the winners, people, food, everything. I definitely want to come back here for many more years.”

Brooke Henderson, Hannah Green and Amy Yang finished tied in sixth, with Green putting in a second consecutive 6-under-par round, no doubt leaving her wondering what might have been if it wasn’t for her opening round of 74.

Singapore’s Sock Hwee Koh finished with a respectable 1-over par 73 following a 71 in round three. Speaking about her fourth appearance in the HSBC Women’s World Championship, Koh said: “I didn’t start the tournament well, it was quite disappointing, because I felt good coming into the event. But I guess I made up for it over the weekend. I shot one under yesterday, one over today. I can’t really say it was nerves, I think I didn’t handle the bad shots well, but overall, even if the results were not what I wanted I still played my heart out to try and get a good round, so I guess I’m quite happy with what I did over the weekend.”

Kee Joo Wong, CEO HSBC Singapore said: “Seeing the best players in the world return to ‘Asia’s Major’ has been a real joy. We are delighted to have been able to bring the championship back to Singapore and for it to have run so safely and successfully.  The HSBC Women’s World Championship is HSBC’s flagship event to open up a world of opportunity for women in sport and once again it has provided a wonderful showcase of the values that are so important to us.

“Jin Young is a fantastic and deserving winner. We congratulate her and all the players that have competed this year for continuing to be such fine ambassadors for the game.”

Grant Slack, EVP & Managing Director, Golf Events, IMG:  “The HSBC Women’s World Championship continues to live up to its reputation as one of the very best tournaments in Asia. We’ve enjoyed four days of world class golf with the tournament, once again, going down to the wire. Congratulations to Jin Young for claiming one of the most prized trophies of the year. She is a deserving champion and joins a distinguished list of players to have won in Singapore.

With the low-round of the tournament, the Singapore Airlines Round of the Day was awarded to Minjee Lee. 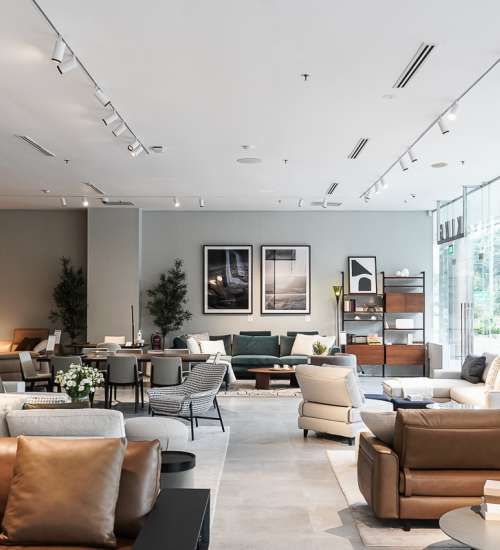 The Right Fit with King Living

The Right Fit with King…

A swinging good time in the vibrant city of Bangkok not to be missed, with a special deal from the Thailand Authority of Tourism (TAT) Singapore come July