Steering the Future of Healthcare

At-home cancer tests that could detect the disease even in the absence of symptoms? They could very well be a possibility in the future.

If Dr Zhou Lihan had his way, preventive healthcare, more particularly, the early diagnosis of cancer using fuss-free cancer tests, even when no symptoms are displayed, would be the driving force of the medical field in the future. It’s a noble cause and one that’s deeply personal.

“Most of us know someone, or have loved ones who have or had cancer,” he says. “For me, it was my uncle who was diagnosed with late-stage stomach cancer. If he had been diagnosed earlier and had received treatment at an earlier stage, he would still be alive today.”

“This is one of the reasons why I’m motivated to enable the saving and improving of lives through early diagnosis.”

Dr Zhou is the Chief Executive Officer of MiRXES, a biotechnology company he co-founded with Chief Technology Officer Dr Zou Ruiyang, that specialises in producing polymerase chain reaction (PCR) tests to detect early stage cancer. The company brings to life his vision, running with the ethos that prevention is better than cure, and that early detection enables early interception, leading to early treatment and subsequently, saved and improved lives.

While working at the Agency of Science, Technology and Research (A*STAR), the duo pioneered a detection technology for microRNA (miRNA), the smallest genetic material in human cells that’s expressed in abnormal amounts in the bloodstream in the presence of most cancers. They realised there was huge potential in leveraging this to develop early detection tests so in 2014, they spun off from A*STAR to set up MiRXES to commercialize the technology and make these tests widely available.

Since then, MiRXES has been riding high on a wave of successes.

Using the detection technology, the team developed a PCR test that would look for abnormal amounts of miRNA in the bloodstream in the presence of early-stage gastric cancer – all from a simple blood test. In 2019, its first In Vitro Diagnostic product GASTROClear received regulatory approval from the Health Sciences Authority for the early detection of gastric cancer.

While the company does not intend for it to replace traditional gastroscopy testing, the fact that a PCR test is less invasive could encourage more at-risk individuals to get tested and detected early, which MiRXES says is crucial to recovery.

“Currently in Singapore, more than 75% of stomach cancers are diagnosed in the late stages, when the survival chance is as low as 5%,” says Dr Zhou. “Intercepting at the early stage can increase survival by as much as 90%.”

It’s a product that clearly resonated within the medical community. MiRXES says that more than 10,000 patients have since been tested with GASTROClear in hospitals and clinics in Singapore, neighboring Southeast Asian countries, and China, with much positive feedback from clinical partners.

Dr Zhou shares: “We recently learnt from a local gastroenterologist about a patient in their late 40s who did not have any symptoms, but was diagnosed with early-stage stomach cancer using the test, and was able to receive timely treatment.”

“It is case studies like this that makes me feel accomplished that GASTROClear is indeed  saving and improving lives.”

The company’s focus on developing RNA-based detection tests would prove to be particularly prescient in 2020 when the pandemic struck. Because of MiRXES’ experience, they were tapped by the Government in the early days of the pandemic to help develop what would now be the ubiquitous PCR test kit. The Fortitude Kit, Singapore’s first approved PCR test kit was produced in weekly quantities of 100,000 tests after just two weeks in February 2020, and by June, was scaled up to a product capacity of one million tests per week.

Even though MiRXES had to put its plans on developing detection tests for other types of cancers on hold in order to fulfil its pandemic-related duties, there was an unexpected silver lining: Increased public awareness.

“Before the pandemic, the public, and even many doctors, were not very familiar with PCR tests for detecting RNA, much less a novel test such as GASTROClear,” explains Dr Zhou. “Because of the pandemic, many are now aware of their importance.” More crucially, it has also accelerated a mindset shift in preventive healthcare that’s well-aligned with MiRXES’ vision.

Primed for the Future 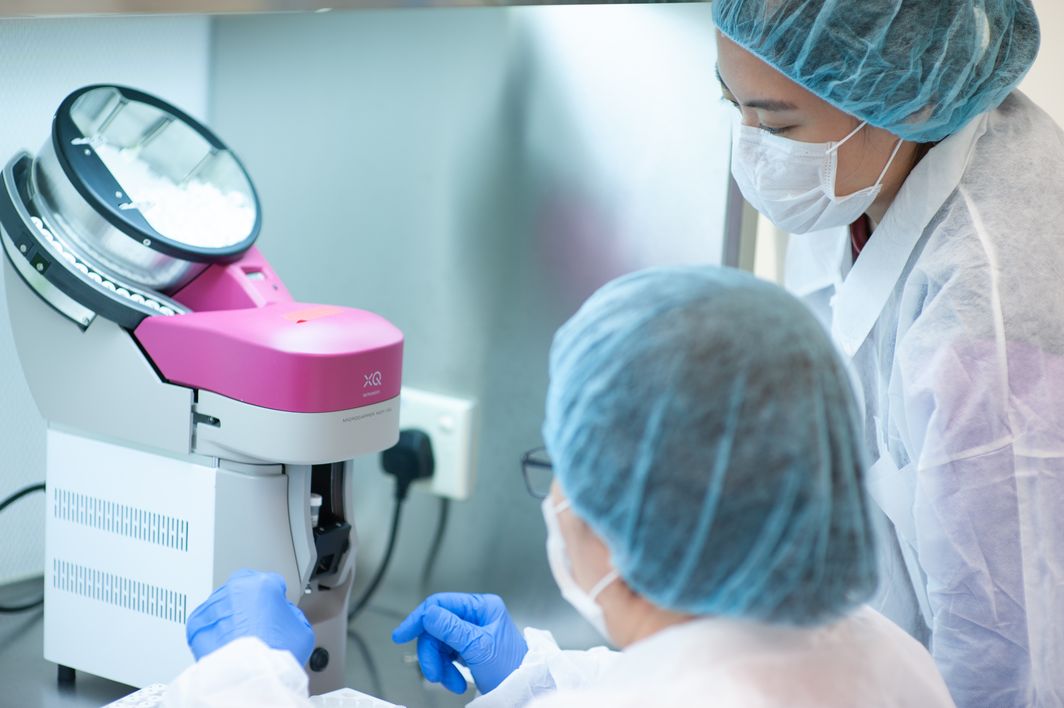 From 2020 to 2021, the budget for the Ministry of Health’s preventive healthcare efforts increased from $590 million to $720 million, and includes efforts likr public education campaigns, healthy lifestyle activities in schools, workplaces and community settings, and subsidies for health screening. MiRXES’ work in the realm of Singapore preventive healthcare industry is but one facet in a complex, multi-player ecosystem, and it sees huge potential for all stakeholders (“policymakers, clinicians, academics, insurance payers, and most importantly, the general public”) to come together to set the direction for the industry.

For the local biotechnology sector in particular, record fundraising by various firms, including MiRXES over the last year is a good indication that things are moving in the right direction.

“This new ecosystem requires new technology, new business models, and most importantly, a change in mindset. MiRXES has provided, and will continue to provide new and innovative technology via our continuous efforts in R&D,” says Dr Zhou. 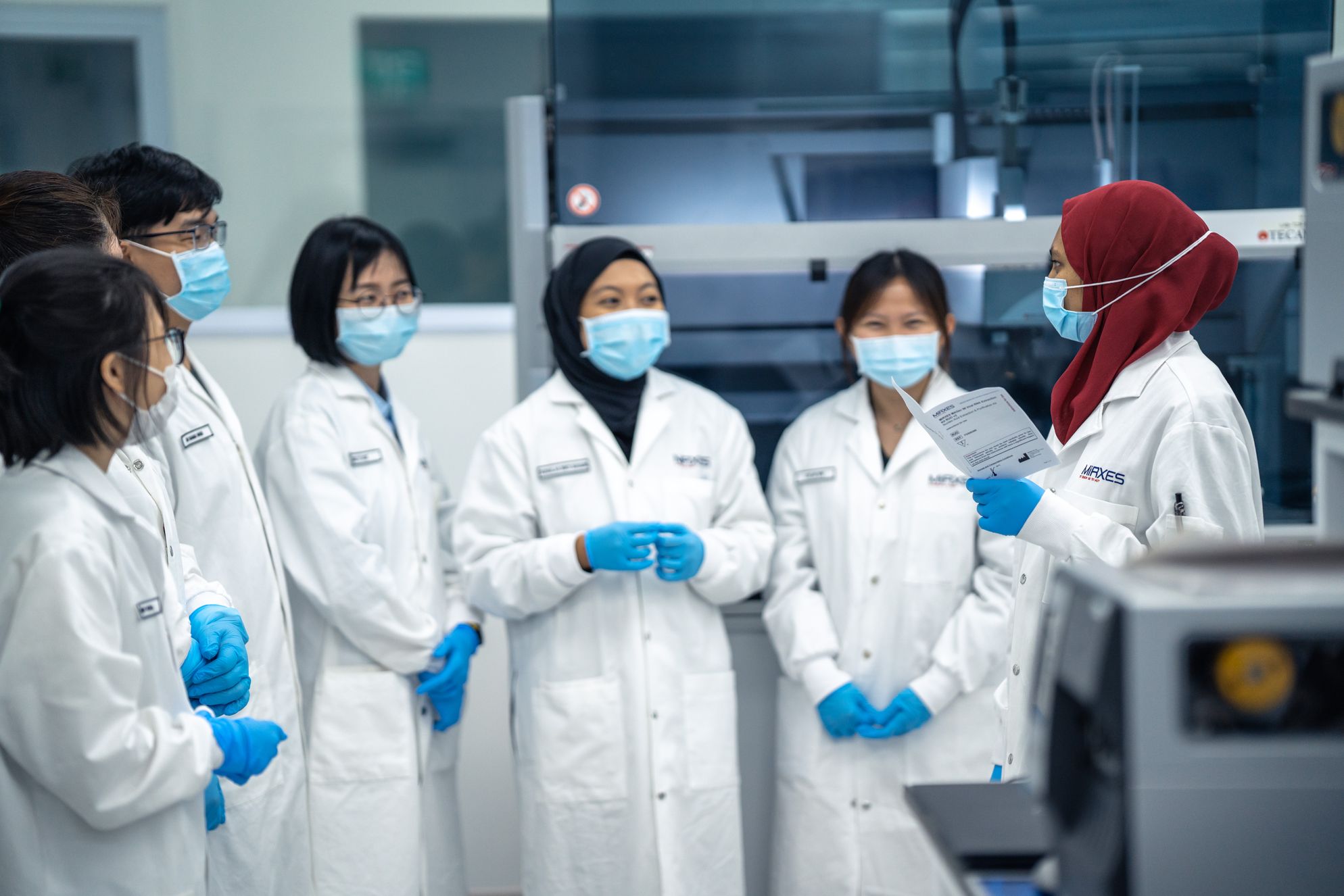 In recognition of the company’s efforts in helping steer the nascent industry, Dr Zhou, alongside Dr Zou and MiRXES’ chief investment officer Isaac Ho were named the EY Entrepreneur of the Year 2021 Singapore. The award recognises entrepreneurial achievements of individuals that demonstrate vision, leadership and success – and work to improve quality of life in their communities and countries around the world.

For MiRXES, this work to improve lives will be a constant, ongoing process.

Says Dr Zhou: “The next few years will see MiRXES devoting more than $100 million R&D dollars in Singapore and becoming the platform where everyone works together to promote and embrace a truly preventive healthcare ecosystem.”

To wit, the R&D investment will be used primarily to fund the development and commercialization of MiRXES’s pipeline of multi-cancer early detection tests, and accelerate the regulatory and adoption of GASTROClear in China, Japan, and selected countries in Asia, Europe, and Americas that have high rates of gastric cancer. In countries where GASTROClear has been approved, MiRXES will work with healthcare, insurance, and laboratory partners to enable greater accessibility of GASTROClear to at-risk populations.

In the Southeast Asian region in particular, which has a “growing cancer burden with over one million new cancer cases every year”, MiRXES sees the need to build an “integrated cancer prevention, personalised treatment, and recurrence monitoring platform that’s suited for the region’s healthcare and socio-economical context”.

Ultimately, all efforts point back to MiRXES’ belief that “early diagnosis can change how the entire healthcare ecosystem functions in the next one or two decades”. Dr Zhou has high hopes that other aspiring scientists and entrepreneurs in the region can join the cause to “build and shape the new century of biotechnology”.

After all: “Technology innovation and entrepreneurship go hand-in-hand to create revolutionary products and solutions to better our world,” he says. Transforming the Face of Healthcare

Lim Wai Mun, founder and CEO of telehealth provider Doctor Anywhere took an idea that few believed in and transformed it into an essential business in today’s… Steering The Future Of Healthcare