Make Mine A Super Yacht

With a shifting preference for access over acquisition, and experiences over expense, is it time for the UHNWIs to consider a radically different proposition for owning a super yacht?

Did you know that only around 2,000 people around the world own yachts valued in excess of S$10 million? And then there’s the fact that the Mediterranean Sea, which has only four percent of the world’s coastlines, enjoys 70 per cent of this rarified yacht traffic? Surprisingly, even with all its billionaires and millionaires, private super yachts sailing around Asia only amounts to less than one percent of the concentration that the Mediterranean sees. Super yachts, which may be loosely defined as private ships over 130ft in length – have become increasingly sophisticated, complicated, expensive and bigger in recent years.

It seems that once the rich become mega-wealthy a super yacht becomes visible on their horizon. And why not? If they can afford it, a super yacht is one of the most logical and visible demonstrations of wealth – and can be downright exciting to boot. To some owners, a super yacht becomes their own floating hotel – a place to have parties, show off and be seen. However, in recent years, some builders in the super yacht industry have become known for building overpriced yachts with limited capabilities together with unfathomable high costs. Per square meter, a super yacht build can be more expensive that costs associated with putting together a cruise ship.

According to statistics, most super yacht owners typically use their boats for only five to six weeks a year. What’s more, many of these floating palaces cannot be insured far from land, as they are not considered true ‘ocean-going vessels’. They are fine for cocktails and a swim in the private deck pool at sundown but won’t be able to take the rough, challenging seas of remote, open oceans.

One dealer in super yachts now sees this niche market as one that can be exploited and changed for the better. UK-based Hawk Yachts believes that the time has come to offer an alternative in the super yacht industry – one that turns yacht ownership from being what some might consider a huge outlay of money with no real return into something that takes on a more meaningful investment. Hawk Yachts designs and builds what it terms ‘expedition yachts’, which can cross oceans and sail even the most remote waters, while also providing a unique and viable investment opportunity for owners.

Captain Matthias Bosse, CEO and company founder, is behind this vision of revenue generating, sea going vessels. The Captain has more than 1,000,000 miles experience in both private and commercial ships, including expedition cruises. He has put together a team of experts and developed a range of commercially viable super yachts that can offer charter travel to the most interesting and remote regions of the world’s oceans. As Captain Bosse explained, “Patrons now expect their yachts to come with a selection of elaborate facilities including hot tubs, steam rooms and cinemas. However, in many cases, these extravagant designs have driven up the cost of super yachts without adding any value. Many potential owners are finding these high costs increasingly unacceptable. They regard yachts as toys whose cost has become untenable.”

By dramatically reducing costs for build, management and servicing, combined with potential charter revenues from a 52-week season, Hawk Yachts are set to transform yacht finances by turning the vessels from ‘hole in the ocean’ money pits into viable investment opportunities.

With the smaller yachts in the range, a break-even point is reached after approximately 100 days on charter per year, retaining a strong profit thereafter. The larger ships are designed to offer fleet investment and based on suite sales. The return on investment for this investment model will offer an internal rate of return in excess of 20 per cent, according to Captain Bosse. 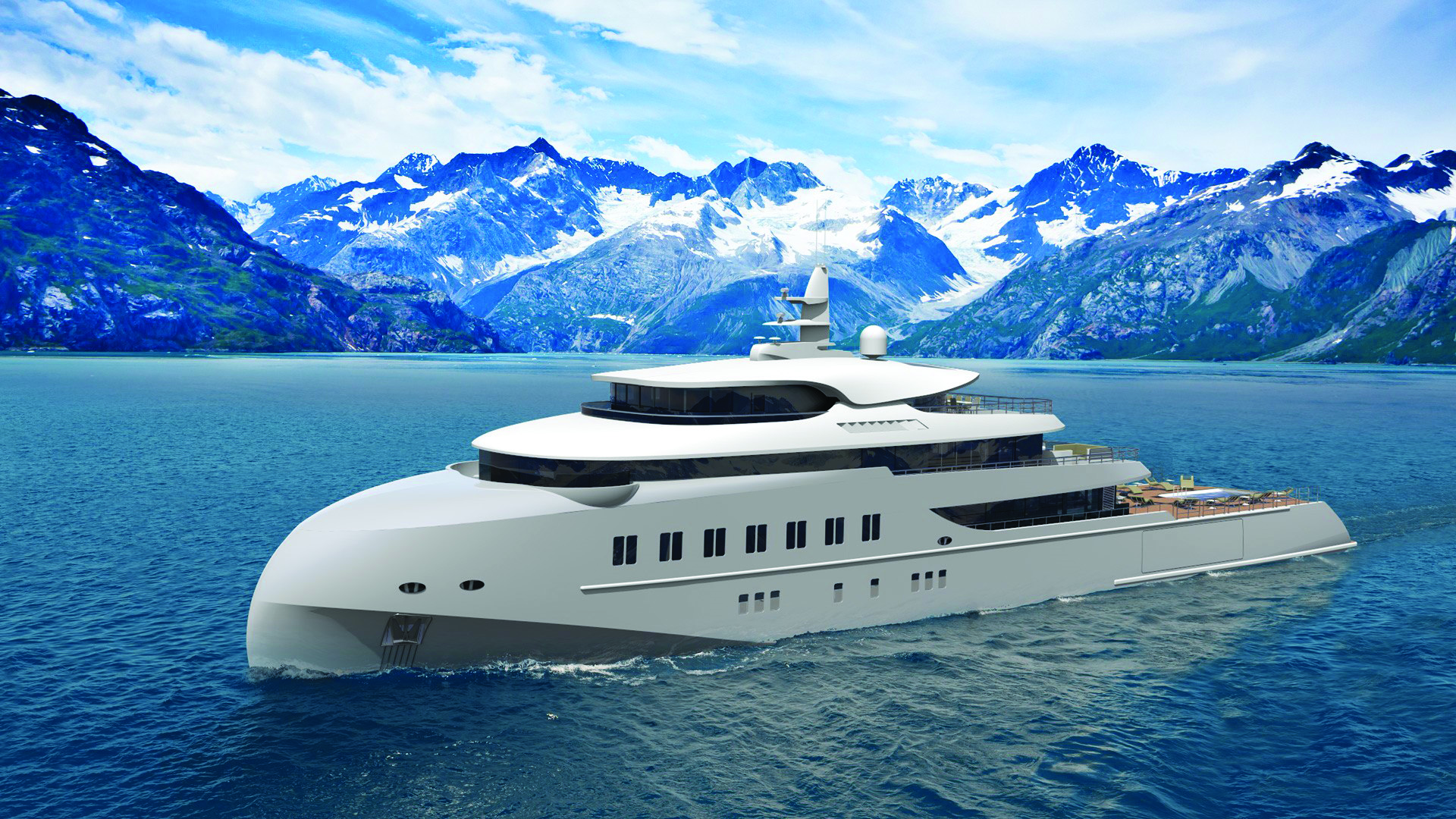 Captain Bosse observed, “The accomplished travelers now thirst for access over acquisition, and experiences over expense. It was on this basis that we came up with the concept of Hawk Yachts. Our yachts open an ocean of possibilities, bringing some of the most beautiful and remote locations around the world, that are only accessible by boat, within the reach of high-end traveler.”

He also went on to explain that modern super yachts are mostly designed for coastal cruising and calm seas. “They have limited range, and with increasingly sophisticated engineering requiring constant shore support services, their voyaging limitations are clear. The resultant season is short, and this has led to the average super yacht being used for only five to six weeks of the year. Their owners incur monumental upkeep costs in exchange for very limited experiences and general use.”

From Scott’s Hut in Antarctica to remote indigenous villages in the Amazon rainforest with only a handful of inhabitants, and the incredible Chilean fjords and the general wildlife encountered on the way, Hawk Yachts plans to give its wealthy, ocean lovers the freedom to explore the world in what can only be described as the utmost luxury.

According to Captain Bosse, the demand for this new type of super yacht is increasing with builders slowly turning their attention towards reinforced hulls, providing longer ranges to allow owners and charters to venture further afield.

“There’s no reason why vessels of this type should cost ten times more per cubic meter to build than luxury cruise ships,” Bosse revealed. He continued, “We build using commercial engineering where we can and super yacht quality where we should; using the highest quality commercial shipyards in countries that offer high value to drive down costs and make super yachts a viable investment proposition to ultra-high net-worth individuals (UHNWIs).”

“Currently, only 2.4 per cent of those who can afford a super yacht own one, and sales are lagging behind the growth of UHNWIs, but given a proper investment strategy, this trend can be reversed. By challenging the status quo through our focus on value, seaworthiness, extended range and robust engineering, we have designed yachts that reflect the mindset of the new future owner.”

To date, the company has 16 super yacht builds under its belt. Still, it remains to be seen if Hawk Yachts and its revolutionary revenue-generating builds can persuade more of the mega-wealth to invest in super yachts. To be sure, the numbers are on their side as only a small percentage of those who can own a super yacht actually do. It might just be that Bosse and his team are plotting a very good course and will ride the wave of success in this niche market.

Make Mine A Super Yacht