Meet Mike Horn: The Professional Explorer Who Wants to Save Our Planet

Professional explorer Mike Horn gives us the low-down on the state of the planet as we know it, and why Panerai’s tool watches are perfect for the job.

The last time I met Mike Horn was in 2017, when he had a stopover in Singapore while he was in the midst of circumnavigating the globe while travelling on his 35-meter sailboat, Pangaea. He took on a two-year solo adventure, named Pole2Pole, where he started from Monaco and crossed the entirety of Antarctica until he made it back full circle.

Since then, the Swiss-South African explorer and professional adventurer did another Pole2Pole adventure in 2019 where he crossed the Arctic Ocean via the North Pole. Needless to say, the man has been to places, more so the kind of places that most of us will perhaps never be in our lives. “During the confinement period, obviously travel became a little bit difficult,” said Horn. “What we did instead was sail up in between Greenland and Spitsbergen on the Pangaea to collect data on Bowhead whales.

“It’s an area popular for them to breed and feed, but in turn it’s also popular for whale hunting. When the restrictions on outdoor activities were implemented, hunting activities decreased and this allowed the whales to return.

“That was important data for us to be able to collect because it’s proof that the impact of human activities on nature is definitely more than what we think.” Horn’s credibility isn’t just limited to his world record-breaking adventures. He’s also a survival expert, speaker, and coach, where he helps professional sportsmen in finding motivation through his conferences and masterclasses.

And with Panerai playing their part with their sustainability-driven Panerai Ecologico campaign, chivariously led by CEO Jean-Marc Pontroué, Horn is the best brand ambassador for the job. “I told Jean-Marc, ‘I want to give you a problem,’” said Horn. “I want you to make timepieces that will last forever.

“And we'll be able to tell a story that no other timepiece in the world can, from the Pangaea that’s sailed around the world in the name of history and exploration.” This idea was to incorporate recycled steel in the manufacturing process, one that Horn commented isn’t an inexpensive move as compared to buying new metal. 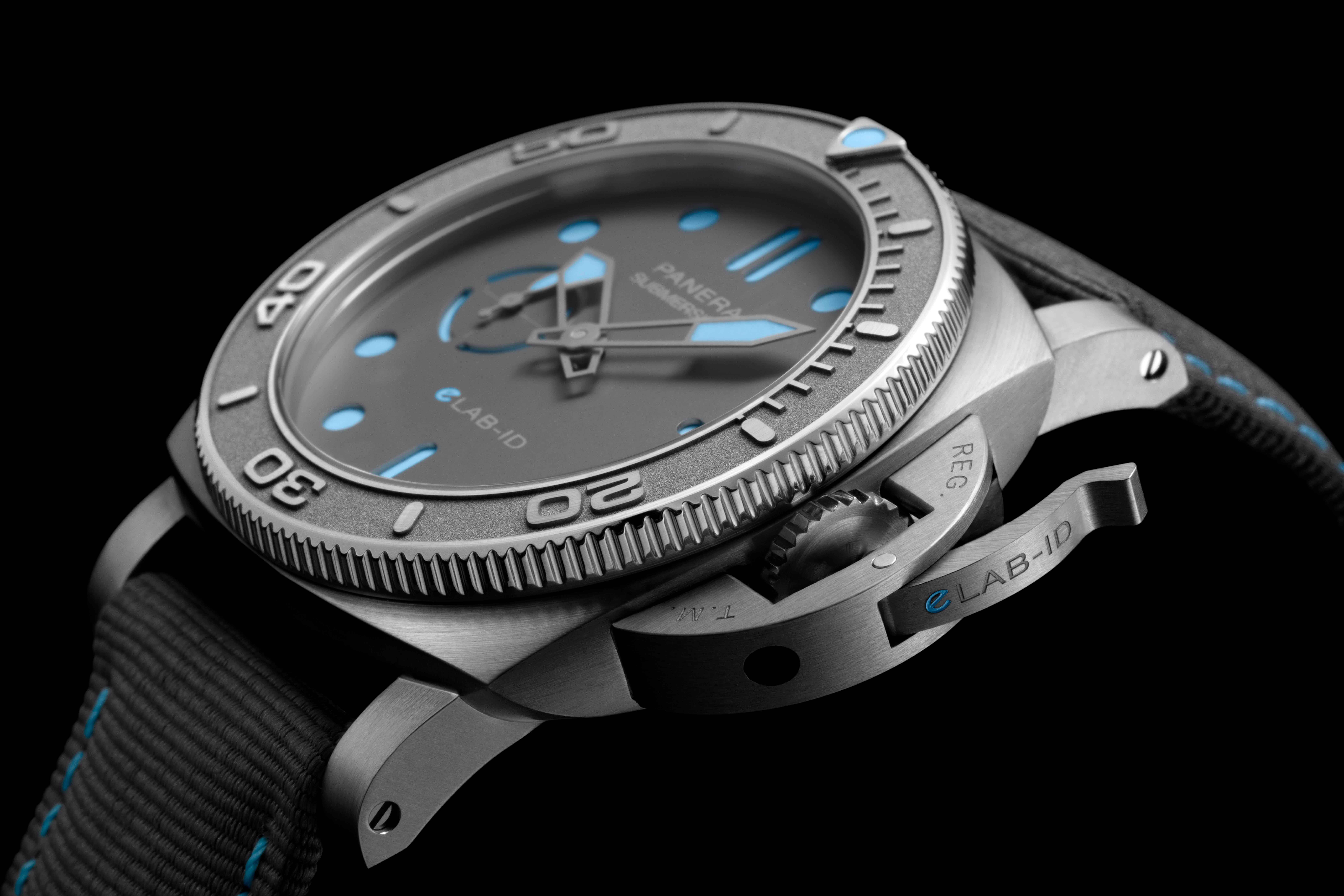 With the Ecologico stamp of approval, Panerai's latest creation is the Submersible eLAB-ID™️, a luxury concept watch that’s made from recycled materials, with a composition making up 98.6 percent. The bulk of the watch uses EcoTitanium™️, an alloy formulated by metallurgical solutions supplier Aubert & Duval, with 100 percent recycled SuperLuminova applied on the hands and dial, and 100 percent recycled silicon used in the escapement of the P.900e caliber.

This also includes an accompanying upcycled strap made from recycled Grigio Roccia fabric that’s touched up with light blue stitching. Manufacturing a socially- and environmentally-conscious watch of this scale is no easy feat, which explains its limited production of just 30 units. But this move isn’t about being part of an exclusive group.

Instead, these owners will be advocates of a greater movement. “We don’t want to be the only ones doing this,” said Mr. Pontroué in a statement. “Acting alone won’t save the world.”

Along with the launch of the Submersible eLAB-ID™️ came the information of nine other collaborators on this project. It’s an open invitation for other manufactures to pursue this same global cause with companies who now have tried, tested, and came out successful with an upcycled timepiece. “I can tell you that there will be an interesting timepiece that’s coming out,” says Horn, when asked about upcoming collaborative projects. “It's something that I personally am proud of wearing because it's something that's made for me to tell a story, to be able to conserve the planet.” There was also an old tale that Horn shared with me when we first met, about how he used the watch he was wearing at the time, a Luminor 1950 Pangaea Depth Gauge, as a substitute for a piton while climbing Broad Peak. “There's a lot of different specifications that I need in a watch,” said Horn.

“First of all is anti-magnetism, to resist the varying magnetic fields especially at the North and South Poles. Next, metals contract and expand at different temperatures so it’s important that the components that make the watch don’t lose time.

“Thirdly, that the oils in the watch don't freeze. I can’t use a GPS or a smartphone because the crystal liquid inside the screen freezes at -80 degrees Celsius.

“Time and time again, Panerai builds tool watches for me with such levels of resistance that solves my problems, even though no regular person needs a watch like that.”

Meet Mike Horn: The Professional Explorer Who Wants To Save Our Planet