The year 1957 was a defining moment for Omega because it was when they released three watches that became evergreen icons – The Seamaster 300, the Railmaster, and the Speedmaster. This year, Omega is paying tribute to the 60th anniversary of the timepiece trio by releasing the Omega 1957 Trilogy Limited Edition. Each of the three masterpieces is limited to 3,557 pieces and can be purchased separately or in combination with the other two. 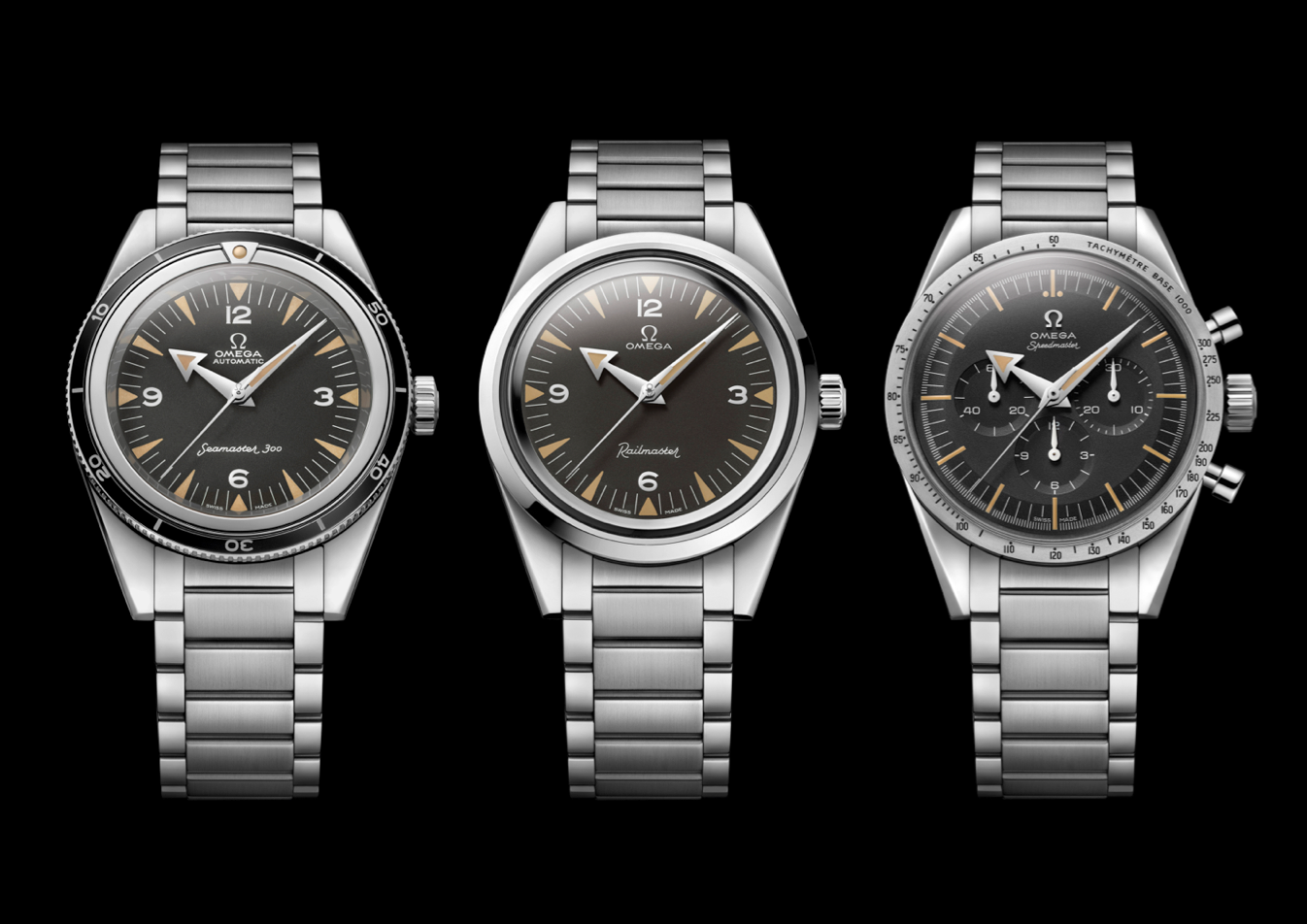 The limited edition watches — all brushed and polished in stainless steel featuring a black dial — are inspired by their original design, but have been modernized when it comes to both details and select design features. While the bracelet triumphs with more strength, it stays true to its nature, represented by the retro-style Omega logo on the clasp. The brand also makes reference to the different interpretations of its logos established by watchmakers throughout the '50s by fitting all three pieces of the limited edition with different playful logos.

In addition to the timepieces, the Trilogy presentation box will also appeal to Omega fans and serious collectors. The outer-box, made from Swiss oak wood, is fitted with an engraving of the 1957 Seahorse, as well as a plate engraved with “Trilogy 60th Anniversary" and the box number, which is limited to 557 pieces. Opening the outer box reveals a smaller one inside that resembles the original 1957 packaging, offering up a taste of history and nostalgia.