“Chungking Express” by Wong Kar-Wai, “Silent Light” by Carlos Reygadas, “Blissfully Yours” by Apichatpong Weeraseethakul, “15” by Royston Tan and “Notting Hill” by Roger Michell are just a few of Ms. Yuni Hadi’s best-loved films. “My all-time favorite childhood movie was 'The Sound of Music' — I watched it until the videotape got damaged.”

Ms. Hadi could arguably be the envy of many a film buff: She is now onto her eighth year of being part of the team behind the Singapore International Film Festival (SGIFF), which marks its 30th edition when it takes place this November 21 to December 1. Founded in 1987, the longest-running film event in Singapore has championed ground-breaking Asian cinema for Singapore and the region, and has sought to engage new generations of audiences through a variety of programs in diverse formats.

In addition to the screenings and events in the main lineup, this year’s edition of SGIFF will see the debut of Travelling Waves and the introduction of a revised version of New Waves; the former is a multi-city program that presents in Bangkok, Jakarta and Kuala Lumpur five short films by emerging Southeast Asian filmmakers, while the latter a weekend program of screenings and panel discussions to develop the film audience in Singapore.

Gardens by the Bay will host Nature’s Playground (October 25 to December 1), an exhibition of self-portraits by local creatives from filmmaker Kirsten Tan to actress Yeo Yann Yann depicting how the natural environment of Singapore has inspired them, and Moonlight Cinema (October 25 to 27), an open-air screening of three films — “Empire Records,” “Secret Superstar” and “The Chorus” — centered on youths and their connection with music. 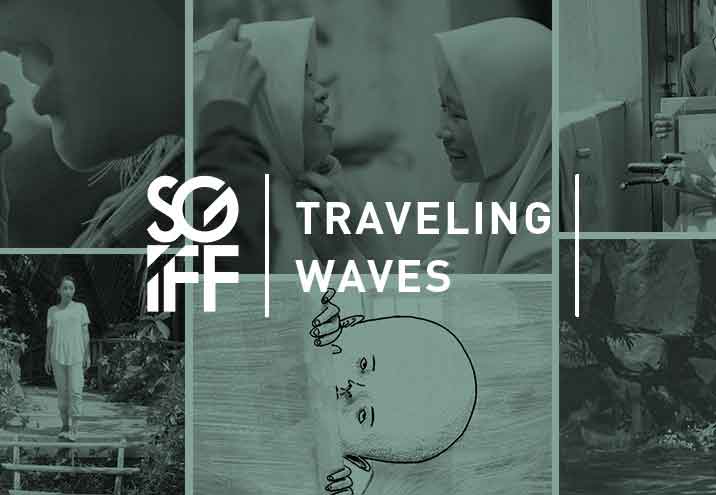 “Because it's our 30th anniversary, we wanted to see what we can do that's a bit different,” Ms. Hadi explains. “We really tried to think about what the messaging is. This year, we're playing around the message of roots — where the festival came from, the heritage we have that we can build on, but at the same time, what it means for Singapore to have this festival in the future.

To Ms. Hadi, the festival serves as a bridge between films, filmmakers and viewers, and having fulfilled that function for its past 29 editions, SGIFF will go on developing an audience for Singaporean and Southeast Asian films — to give them the value and prestige they deserve — and nurture the broader taste for cinema that offers an alternative voice.

“The festival is really about celebrating the independent spirit of independent cinema. When you see the films, you feel textures of life, you feel that there is a story that needs to be told that not many people are telling, sort of like the courage of the filmmaker. We want to encourage and celebrate that.”

In the age of binge-watching programs on streaming platforms at one’s convenience, surrendering oneself for two hours to join a community and partake in viewing a film as a group may seem anachronistic or even quixotic and impractical, but there is poetic beauty to be discovered in the communal experience.

“If it's a movie with different parts where it's tense or funny, you feel the vibe with the audience and it totally changes your experience. Also, the sound and the impact of the visual — you really see the role of the cinematographer and the sound designer, and you can appreciate the art and craft of the film more.

“Our challenge is that everyone's very busy in Singapore, so why should they give up two hours of their time to come to the festival? But when they do, they will not regret it. And Singapore audiences are becoming more well-traveled, more curious, and they want to break out of being that stereotypical Singaporean. I feel that there is that desire to have a taste of life beyond the nine-to-five. And that's why there's so much investment in the museums and arts and culture in Singapore. We are one of the offerings every year and for those 10 days, we create a bubble in which you can really get into stories and cultures and meet the filmmakers. I think people will look forward to that if they give it a chance.

“At the core of us, we just want to be seen and we want to continue to feel things in a passionate way — that's when you know you feel alive.”

In particular, streaming platforms that provide a match score through a recommendation system may not augment that journey of discovery. “(Taking a chance on an unfamiliar film) is not unsimilar to many things in life, such as ordering new food or buying clothes and shoes. The good thing about an algorithm is that it does the work for us, but the bad thing is we get a bit lazy. Also, a person is much more complex than algorithms — there are many sides to us.” Meanwhile, competition from blockbusters and tent-poles for eyeballs and dollars may impact independent films, but there’s space for coexistence. Much like artisanal coffee or indie music, independent films have a certain taste and texture that’s different from mainstream cinema offerings. “Our job is to help people get to know what these selections are and find something within them that they will enjoy, whether it's documentary or drama, or maybe simply to be a bit more open minded to what the world is offering.

“It doesn't mean that if you watch action films, you cannot watch an arthouse film; it doesn't mean that if you consume Starbucks, you cannot consume artisanal coffee,” she continues. “Commercial cinemas and commercial F&B joints are successful because they have many outlets and it's convenient, so I think working together with online platforms and so on is good for independent films because it makes them convenient for people to access.”

And when it comes to Singaporean cinema, Ms. Hadi is heartened by the international recognition and accolades local products have won, but she hopes they will be seen by larger audiences in the country, when cinemas screen them for longer periods and online platforms acquire them and make them more widely available.

“My dream is for youths to have local film heroes, so instead of saying their hero is Michael Bay or Martin Scorsese, they will start saying their film hero is Royston Tan or Eric Khoo or Anthony Chen. This would be when we know we've really shifted in terms of our mindset.”

Another development Ms. Hadi is feeling hopeful about is the growing output of genre films, such as action and horror, enriching a scene populated by drama and documentaries. “I think that once we have that diversity in Singapore films, it gives more opportunities, more entry points for audiences.”

“I'm generally an idealist and an optimist, so while it makes me suited for the job, in a way, I think that it's difficult for me to feel pessimistic about where Singapore cinema is, because you can only see all the good things that are happening right now and we just want more people to give it a chance.

“I want Singapore to be the first home for Singaporean movies. We create international recognition for films, but we want that kind of celebration and excitement to come from our own backyard. I think that would be when we know we've reached a new level in terms of accepting our identity and culture, because I think that's been a struggle generally for Singapore.”

A Fan of Film

Even when she isn’t reviewing films for inclusion in SGIFF, cinema isn’t far from Ms. Hadi’s mind. Married to Thai filmmaker Aditya Assarat, she says that between them, they joke that when they have free time, they watch films together. “I think we're in the right line — we’ve found our calling.”

Right after Ms. Hadi’s primary school leaving exam results were released, her mother took her to watch a movie to celebrate. “Films have always been a part of our lives, in good times and also difficult times,” she recounts. “My mom had cancer when I was in primary and secondary school, and I would go to the VHS shop a lot after school and borrow movies and we'd watch them together. After she passed away, that became my thing, I'd borrow VHS tapes. and sometimes I would hold screenings at my house for friends and introduce them to these strange movies.”

After studying arts management at LaSalle College of the Arts, Ms. Hadi worked at an animation company, the Singapore Film Commission, and The Substation, where she ran the film and music programs and screened short films and documentaries, often regional works. “That's how we built that audience community: People would come and find the films interesting; they might have never seen a film from Malaysia before and so they came, and we would bring the filmmaker in to do a Q&A. So on some basic level, I still believe in that, that people are curious.”

The mother of three — ages 6, 3 and 2 — is also motivated to encourage diversity in film and the arts. “The kind of media they consume on a daily basis is mostly American or British, so they take in that kind of culture subconsciously. The idea is to have a sense of pride in your own culture and where you come from.

“If you had none of these examples, you wouldn't even think it's possible, so the successes of these people should be celebrated. We need the support — everything has to work together — and then it shows we value our own talent. We wait for people (abroad) to celebrate them, but the initiative should come from us. ... So we shouldn't wait.”